A friend sent this article to me. Unfortunately the author can't be found, however the information is very interesting. I haven't tried all the uses of WD-40 named here but certainly will put a few to the test!

Thank you to the unknown aurthor!

I thought that you might like to know more about this well-known WD-40 product. When you read the "shower door" part, try it. It's the first thing that has cleaned that spotty shower door. If yours is plastic, it works just as well as glass. It's a miracle! Then try it on your stovetop... Viola! It's now shinier than it's ever been. You'll be amazed. The product began from a search for a rust preventative solvent and degreaser to protect missile parts. WD-40 was created in 1953 by three technicians at the San Diego Rocket Chemical Company. Its name comes from the project that was to find a "Water Displacement" compound. They were successful with the Fortieth formulation, thus WD-40. The Corvair Company bought it in bulk to protect their Atlas missile parts. The workers were so pleased with the product they began smuggling (also known as "shrinkage" or "stealing") it out to use at home. The executives decided there might be a consumer market for it and put it in aerosol cans. The rest is history. It is a carefully guarded recipe known only to four people. One of them is the "brew master." There are about 2.5 million gallons of the stuff manufactured each year.

It gets its distinctive smell from a fragrance that is added to the brew. Ken East (one of the original founders) says there is nothing in WD-40 that would hurt you.

Gets oil spots off concrete driveways.

Gives floors that 'just-waxed' sheen without making it slippery.

Keeps flies off cows. Hikers, remember this when the deer flies are biting.

Removes dirt and grime from the barbecue grill.

Lubricates noisy door hinges on vehicles and doors in homes.

Gives a children's play gym slide a shine for a super fast slide.

Lubricates gearshift and mower - deck lever for ease of handling on riding mowers.

Lubricates tracks in sticking home windows and makes them easier to open.

Spraying an umbrella stem makes it easier to open and close.

Lubricates fan belts on washers and dryers and keeps them running smoothly.

Keeps rust from forming on saws and saw blades, and other tools.

Keeps pigeons off the balcony (they hate the smell).

Removes all traces of duct tape.

I have even heard of folks spraying it on their arms, hands, and knees to relieve arthritis pain!

Cleans and removes love bugs from grills and bumpers of your vehicles.

The favorite use in the state of New York- WD-40 protects the Statue of Liberty from the elements.

WD-40 attracts fish. Spray just a little on live bait or lures and you will be catching the big one in no time. It's a lot cheaper than the chemical attractants that are made for just that purpose. Keep in mind though, using some chemical laced baits or lures for fishing are not allowed in some states.

Keeps away chiggers on the kids!

Use it for fire ant bites. It takes the sting away immediately, and stops the itch.

WD-40 is great for removing crayon from walls. Spray on the mark and wipe with a clean rag.

Also, if you've discovered that your teenage daughter has washed and dried a tube of lipstick with a load of laundry, saturate the lipstick spots with WD-40 and re-wash. Presto! Lipstick is gone!

If you sprayed WD-40 on the distributor cap of your car, it would displace the moisture and allow the car to start.

WD-40, long known for its ability to remove leftover tape smudges (sticky label tape), is also a lovely perfume and air freshener! Sprayed liberally on every hinge in the house, it leaves that distinctive clean fresh scent for up to two days!

Seriously though, it removes black scuff marks from the kitchen floor! Use WD-40 for those nasty tar and scuff marks on flooring. It doesn't seem to harm the finish and you won't have to scrub nearly as hard to get them off. Just remember to open some windows if you have a lot of marks.

Bug guts will eat away the finish on your car if not removed quickly! Use WD-40!

I would like to add one I found out a several weeks ago, my revolver had been stored in a leather cushioned gun case for a long time, It is chrome plated, I checked it and it had rust on the muzzle, I was going to take it to the gunsmith for a re-conditioning but did not have the time, I steel wooled the surface rust off and sprayed WD-40 on it and wrapped it in a rag in the case, it is now still in good shape.

Click here to return to our home page: https://www.groundfloorhomeinspection.com/ 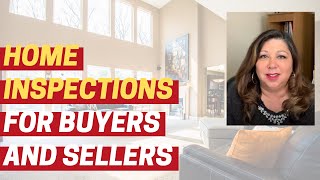 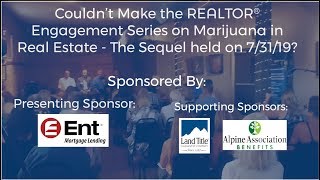